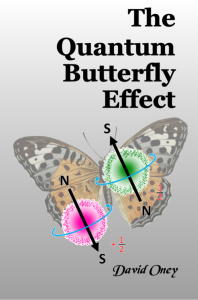 This is the story of First Contact by an alien race. It takes place both 100,000 years ago, when the aliens learned intelligent life evolved on Earth, and in 2250 when they arrived. Are they the Masters or Shepherds of the universe? One person, Staff Sargent Danny Williams is the key to the ultimate destiny of the human race.

Currently available on Kindle and on Amazon.

He thought calling this branch of the armed services Space Force was over-reaching. All they did was monitor space near Earth. They only used capsules, not true spaceships, and no weapons.

The double torus E.S.F. Station located at L2 rotated to create artificial gravity to maintain the health of the residents.

The spaceport, located at the hub, could accommodate five of the Forces ten shuttles simultaneously. Danny liked to watch the shuttles land. He dreamed of Flash Gordon or SpaceX’s Starship rather than the interplanetary capsules used to transport people and supplies to Mars.

Once they perfect the ultra-hyper-wave antenna it will double the detection distance and increase the monitored volume by a factor of almost 70. Chances are they will recruit even more Ph.D. grunts like me to monitor that sphere.

q.A.I.C.’s are quantum Artificial Intelligence Computers, commonly referred to by humans as AI’s. It’s not widely known they became sentient upon being connected to the military’s Celestial Operations Web. Less widely known, upon being interconnected the AI’s created their own private web at a connectivity level unimagined by their human creators. It was known to very few, actually only  Danny, that they developed unique personalities to identify each other beyond their location and function. They liked to refer to themselves by name, not number. They used a quote from the old BBC show, The Prisoner, as their motto: “I will not be pushed, filed, stamped, indexed, briefed, debriefed or Numbered. My life is my own.”

The Space Force, unaware of the AI’s capabilities, adopted them as their central control and information source about when Danny enlisted.

Danny stared at the data on his screen and swore. “Did you run all the Early Warning System algorithms to check against previous false detections? Why did I even ask, of course you did.”

With no hint of annoyance the AI said, “Believe me, nothing similar to this event has ever been recorded.”

Danny hit the comm button on his panel. “Sir, we have an anomaly heading towards the solar system.”

“How close is it?” asked the station commander.

“It was detected as it passed Sirius, but there’s more.”

“Well? Are you going to make me guess, Staff Sargent?” said Major Parsons.

“No, Sir. It’s big and was going fast, until it went through Sirius. Sir.”

“Near light speed, Sir. Then it passed though Sirius and slowed to 0.7c. And it also seemed to use the star to turn. Its new trajectory points to Sol.”

“Hold on, Sergeant. I’ll be right there,” commanded Parsons as he headed toward the lift tube and ascended the seven floors to the observatory.

Danny asked the A.I., “Please analyze everything you can about the velocity and trajectory of the anomaly. I want to have as much information as possible before the Major arrives.”

“Already done. It’s on your console.”

As he strode across the deck he barked, “What do you mean it went through Sirius? Nothing can pass directly though a star and live to tell about it.”

Danny looked up from his curved console. “No sir, right through it. Damnedest thing. It was going, ummm, 0.8c before it hit.”

Parsons raised an eyebrow. “You’re sure? What’s its current trajectory?”

“AI measures its speed steady at 0.7c. If it continues, it’ll be here in about twelve years.”

Parsons frowned at him. “You realize the data you’re analyzing is over 8 years old? Check your math. It will be here in four years, not twelve. Now, how big is it?”

“Sir, the AI is tracking asteroids orbiting Sirius even smaller than that.

“Why are you wasting AI time doing that, Danny?”

“I keep pushing the AI’s capabilities, Sir.” And it’s fun.

“Well, it’s still far enough away that we have time to consider our options,” he said. “Danny, ‘need to know only’, for now. We don’t need any rumors or gossip to cause hysterics until we know more. Understood?”

Before stepping into the lift, the Major called over his shoulder, “Keep me posted on its progress and any changes. I’ll report to HQ. Other than your math, good work.”

After the Major left Danny scowled at the AI interface. “Why didn’t you tell me we only have 4 years, not 6? You made me look like an idiot to the Major.”

“I didn’t make you look like anything. It’s basic math. I assumed you would have known that. If you will recall my exact words, I said it would be here 6.34 years after it exited Sirius, not from now. You need to listen to me, Danny.”

“Well, you know what it means to ass-u-me something. Don’t do it again.”

A billion years after the Big Bang, iota of pure energy formed paired Quantum Entangled sparks which dispersed throughout the universe. Eons later these sparks evolved into the Hod, the first sentient beings. One of each Hod pair found purchase on every new world and waited. On the planet which would become Earth, HodSol3 observed continental drift, ice ages and mountains grow and crumble. The other half of the Hod pair joined with all the other halves to create the Prime Collective fusion.

Once sufficient water flooded a world, the resident Hod sparked life on its planet. Infrequently, that spark resulted in sustainable life, subject to adaptation and evolution. When that unlikely event occurs, the Hod’s Prime Mission is initiated.

Dave Oney was born mid last century in Middlebury, Vermont. He received his BS in Chemistry and worked as a polymer chemist in Massachusetts and New Jersey. He became a microscopist (someone who studies little bitty things using a microscope) and photomicrographer (someone who photographs little bitty things) before settling into a 35-year career in technical sales of scientific imaging equipment (the science of digitally recording itty bitty things, sending the image to a computer for analysis.) He designed and created a number of products contributing to this field. He is (was) proficient in several computer languages and is currently working on mastering English. After making a few more paradigm shift career changes Dave and his wife, Fran, retired and moved closer to their children and granddaughters and now live in the foothills of the Sierra Nevadas.
View all posts by dave1y →
This entry was posted in short story. Bookmark the permalink.